What game(s) are you gonna play this month?

Approximately 500 people gathered in Hyde Park in Sydney, Australia to dress up as zombies and protest the fact that the Australian government won’t create an “Adults-Only” video game rating.  Australia is well-known amongst gamers as having very strict censorship laws and very little tolerance for violent imagery; rather than using notices or age restrictions for mature games, the government chooses to censor any game it deems too violent.  Most recently, Australian government officials attempted (and failed) to ban “Call of Duty: Modern Warfare II”, over the game’s controversial “No Russians” sequence.  Other games like “Left 4 Dead 2” are banned from the country in their original form, but are released in a censored, less violent form.

This new trailer for Metroid: Other M is the first to have actual gameplay.  On that subject, two things stick out during the trailer:  First, the gameplay looks super-fast.  Significantly faster than any of the “Prime” games…  Or any game in the series, really. Second, the trailer shows that, while you generally hold the controller the old-fashioned way (Sideways), aiming the controller at the screen like a remote changes the perspective to the first person for precision shooting.

Between this and “Mario Galaxy 2”, it’s going to be a great spring for Nintendo fans…

In what must be one of the stupidest stories in video game news history, Dimitar Kerin, a city councilman in Plovdiv, Bulgaria was fired from his post after being repeatedly caught playing Farmville during meetings.  The city council voted to remove Kerin by shockingly narrow margin, 20-19.  Kerin, unhappy with the results, responded by declaring that he needed to play more because members of the council in the opposition party had leveled-up higher than him; rightist Democrat Daniela Zhelyazkova had a level 46 farm, while Kerin’s was only level 40.

QUIZ:  This story proves that; A)  Video Game Addiction is real.  B)  Farmville is the Crack of video games; it’s cheap (free) and highly addictive.  C)  Farmville is stupid.  D)  All of the above.

ANSWER:  Do I really need to say it?

PAX East Sees Record Attendance, Prepares for Expansion in 2011 and 2012

As PAX East comes to a close, it looks as if the show’s inaugural year was a great success.  According to Joystiq, 60,000 people attended the convention, more than twice what was originally expected by organizers.  Not only is PAX East the first gaming convention on the east coast since in over a decade (E3 did a short stint in Atlanta in ’97 and ’98), if it continues to grow it could become the next major gaming convention, fitting squarely between GDC and E3.  There is definitely room for such a convention, especially if the show remains open to the public.  Since E3 became industry-only, there is a hole in the gaming convention circuit; gamers want a “Public E3”.

Because the show was such a big hit, organizers have already begun planning for the next two years and, starting with the next show, PAX East will be held in a larger venue.  Show organizers announced that they have secured the Boston Convention and Exhibition center for 2011 and 2012.  Though the new event space will accommodate a larger show, many have already expressed their concern over the fact that, while it’s a smaller venue, the Hynes Convention Center is in a much more accommodating area of the city (Read: More Bars).

Nitpicking aside, if you went PAX East and had fun, rest assured; the show will back next year.

A countdown on the Bioware website that started last Tuesday came to a close at noon on Monday.  In the six days since the countdown began, people have been speculating as to what the countdown was for:  Crackpot ideas included a new “MDK” game and announcing that the”Mass Effect” series would be ported to PS3.  In fact, the excitement over the developer’s announcement grew to such a fever pitch, that, as the countdown came to a close, the website overloaded causing the site’s servers to crash.

When the got up and running again, Bioware unveiled the “Bioware Bazaar”, a week-long series of auctions where the developer will be giving away collectors items like concept art and apparel.  To bid on items, users need to sign up on Bioware in order to get “bidding tokens”.Overall, the announcement generated a lot of hype and, while free stuff is always appreciated, the reveal was kind of a let down for gamers who were hoping for something bigger.

Pride and Prejudice and Zombies: The Video Game

Unless you live under a rock and/or haven’t entered a bookstore in the past year, you’ve heard of Seth Grahame-Smith and his literary mash-up “Pride and Prejudice and Zombies”.  It’s a New York Times bestseller that has already generated two similar titles, (“Sense and Sensibility and Sea Monsters”, “Abraham Lincoln: Vampire Hunter”) and a prequel (“Dawn of the Dreadfuls”):  Plus, there’s a movie adaptation on the way, starring Natalie Portman.  In short; this book is phenomenon.

Knowing all that, it makes total sense that developer Freeverse is jumping on the “PP&Z” bandwagon, making an iPhone game based on the franchise.  According to Kotaku, Freeverse has described the game as “a rollicking action title with the perfect blend of zombie slaying action and touching romance narrative”.  Based on the picture, that means Victorian-themed zombie killing with romantic cutscenes.  “Pride and Prejudice and Zombies” will hit the App Store some time in April.

Following in the footsteps of “Halo: ODST“, the recently unveiled trailer for “Ghost Recon: Future Soldier” trades the chance to entice players with gameplay footage in exchange for a more cinematic, live-action trailer.  As cool as this trailer is though, does it really make you want to buy the game, especially once you consider that it tells you nothing about it?  Like Halo, Ghost Recon is an established franchise, so fans can trust that this game will live up to their standards, despite not knowing what the series has in store.

In case you notice (or watch til the end), while there’s no talk of a release date for the game as of yet, the trailer announced that a multiplayer beta will begin over the summer.  Beta invitations are a bonus for anyone who picks up a copy of Splinter Cell; Conviction, which hits stores April 13’th.

Sitting at home while a lot of gamers have migrated north for PAX East isn’t that fun…  But screens from Crackdown 2 are!  (Thanks Kotaku) 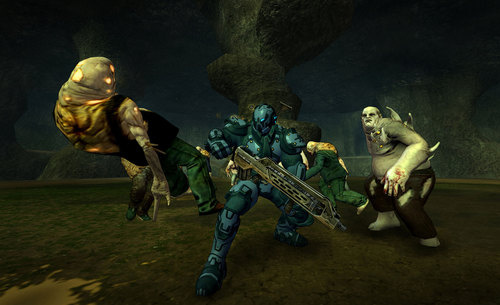 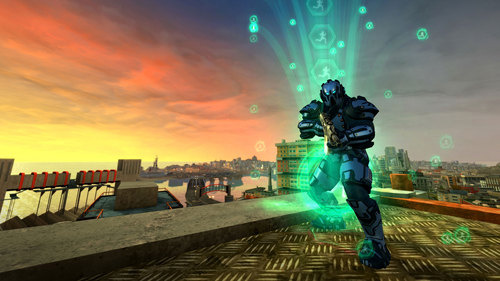 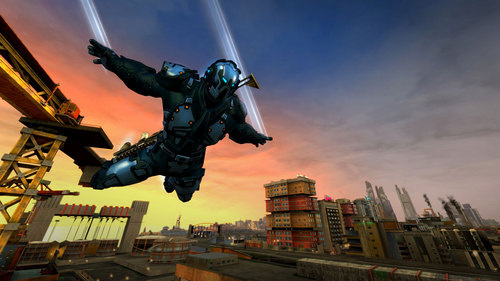 Like what you see?  Well, unless you’re at PAX right now or plan on hitting E3 in June, you’ll just have to keep it together until Crackdown 2 drops into stores on July 6’th.

Project Natal to “Premiere” a Week Before E3

Microsoft will be holding a “World Premiere” ceremony for Project Natal at Galen Center in Los Angeles on June 13’th, just one week before E3.  The Natal “event” is the latest example of a growing trend for game companies to hold independent press conferences rather than waiting for a major press event.  Microsoft plans to hold a formal press conference the day after the event, meaning that the “premiere” will be an extensive demo, similar to Apple’s iPad announcement.