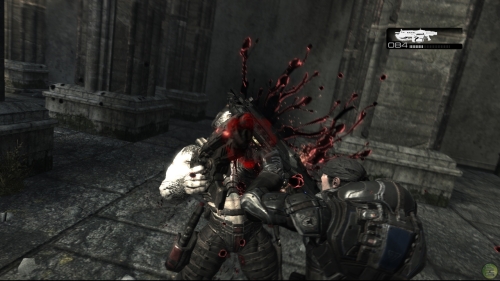 Bad news for “Gears of War” fans:  “Late Night with Jimmy Fallon” co-producer Gavin Purcell tweet today that they will be postponing tonight’s unveiling of Cliff Bleszinski’s “new project” (lets call it… Gears of War 3).  Purcell said that a scheduling conflict made it necessary to push back the announcement at the last minute because of a “Scheduling Conflict”:  Instead, Bleszinski and his new game will make their grand debut on Monday, April 12’th.

Fallon originally tweeted out that Bleszinski would be showing off an unnamed project last week. Most people, myself included, believe that the mystery project will be “Gears of War 3”.  Word is that “Gears of War 3” is already in development and is currently on schedule for an April, 2011 release. (Alongside “Killzone 3”?)