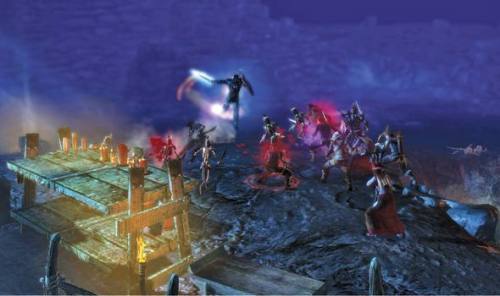 Square Enix announced today that highly anticipated adventure-RPG Dungeon Siege 3 will hit stores worldwide on May 27th.  Dungeon Siege 3 will be the series’ console debut – DS3 will be available on PS3 and Xbox 360, in addition to the PC.  Fans who pre-order the game will get a limited edition that comes with four special in-game items.

Since Dungeon Siege 3 is being developed by Obsidian (Fallout: New Vegas) expect this game to emphasize plot more than previous entries, adding a branching storyline where plot decisions will have a lasting effect on the adventure that you will feel down the road.

Though it’s not a Diablo-killer, Dungeon Siege has done right by its fans to date, so if you’re looking for a loot-grabbing, hack-and-slash experience, you should absolutely check this one out.