Shadows of the Damned Screens

Japanese developer Suda51 (No More Heroes) is embracing his dark side with Shadows of the Damned.  Working with Resident Evil creator Shinji Mikami, the pair clearly aren’t pulling any punches in the scary and grotesque imagery department.  Demons and blood-soaked monsters look like they’ll keep me up at night.  I scare easily though… (which is why I still haven’t played Dead Space 2)

There hasn’t been a whole lot of information released about SotD, but the more I see of the game, the more I want to know.

Pictures of a Tekken Tag Tournament 2 arcade cabinet were leaked today on twitter by designer Katsuhiro Harada.  Tekken Tag 2 will be playable at the AOU Amusement expo, a Japanese Arcade development trade show that starts later this week., and comes to arcades this summer.  That may be very little to American gamers, but arcades are still common in Japan.

As the screenshots say, this machine is a test version, not the final, so nothing shown is guaranteed to look that way at release.  The screens look nice and shiny.
END_OF_DOCUMENT_TOKEN_TO_BE_REPLACED 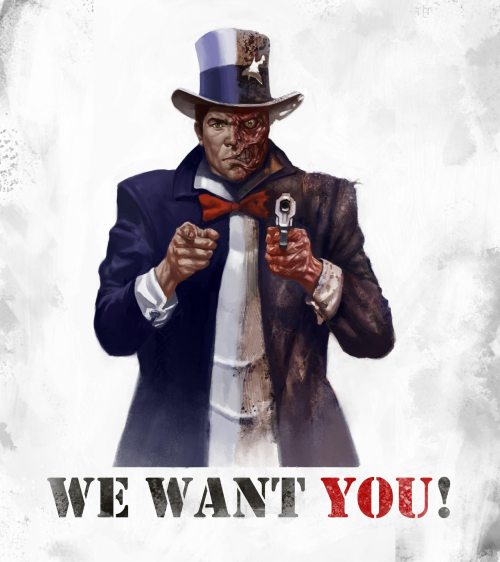 Rocksteady put out a few new Arkham City screens.  Not much to say about ’em; I think Harley Quinn has bigger boobs in this game than she did in Arkham Asylum.  After looking at the screens, feel free to go tie a sheet around your neck and yell; “I’M BATMAN”!  We all know you want to.

END_OF_DOCUMENT_TOKEN_TO_BE_REPLACED

Earlier this week, Games4thought reported on the first details Bayonetta developer Platinum games newest project was leaked by Famitsu via Japanese gaming industry blog Andriasang.  In my earlier report, I wrote that Max Anarchy is going to be a multiplayer-intensive brawler/fighter that will be released in Japan some time during 2011.

Now that the cat’s out of the bag and the project is out in the open, Sega decided to make a separate US announcement, revealing the game’s new title, along with a couple of screenshots and a teaser trailer. (Check ’em out after the jump) Game director Masaki Yamanaka also confirmed that Anarchy Rising will see a worldwide release this fall.
END_OF_DOCUMENT_TOKEN_TO_BE_REPLACED

Konami announced today that the upcoming eighth entry in the “Silent Hill” series will now be called “Silent Hill: Downpour”.  “Downpour” is the first original Silent Hill game since “Homecoming” in 2008.

“Downpour” will focus on the story of Murphy Pendleton who, in typical Silent Hill fashion, gets stuck in the haunted town after a mysterious bus crash in the woods nearby.  Based on the name and the screens, (which you can see after the jump) rain seems to be a theme for the game, but there’s no word on any gameplay mechanics revolving around it.
END_OF_DOCUMENT_TOKEN_TO_BE_REPLACED

All Games Beta posted some VERY interesting screenshots today.  Assuming these images are legit, it looks like Spider-Man 2099 will be the third world featured in Activision’s “Spider-Man: Shattered Dimensions.”  In the game, players will switch up between four of the Web-Crawlers more distinct universes.  So far Activision had shown off two worlds, Amazing (normal) Spider-Man and Spider-Man Noir, while holding back the other two worlds to build hype and keep fans on their toes.  Activision hasn’t confirmed that these screens are from “Shattered Dimensions”, but if you can think of another game that these could be from, please feel free to clarify. 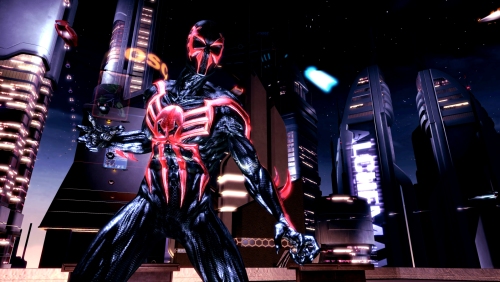 END_OF_DOCUMENT_TOKEN_TO_BE_REPLACED

Three things we know about the new Medal of Honor:

1.  Players will infiltrate caves in Afghanistan

2.  You may spend a lot of time sniping

EA currently plans to release “Medal of Honor” this fall. 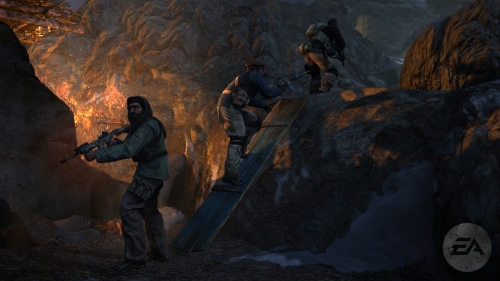 END_OF_DOCUMENT_TOKEN_TO_BE_REPLACED

“Marvel vs Capcom 3” fans, check out these screenshots.  If you were concerned that MvC3’s new art direction would not include enough hallucination-inducing explosions and effects… well, you can put your mind at ease. 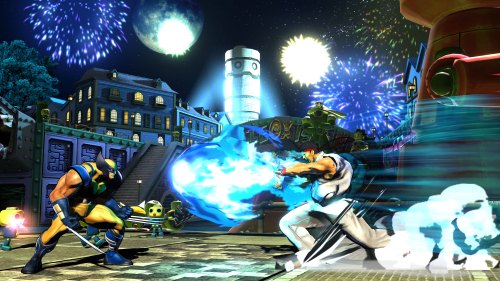 END_OF_DOCUMENT_TOKEN_TO_BE_REPLACED

Days after Gamepro broke the news that Killzone 3 is on the way, Sony Computer Entertainment of Europe made their own announcement via their blog.  Frankly speaking, SCEE’s announcement didn’t provide much new information about the game as a whole, but it did discuss the plot of the single-player campaign.  Killzone 3 picks up exactly where Killzone 2 left off – The team is stuck on Helghan looking for a way out.  Meanwhile, with Visari dead, the Helghast government is imploding as multiple factions fight for power.

The best part of the announcement, though, was that SCEE posted their first screens of the game.  Check ’em out. 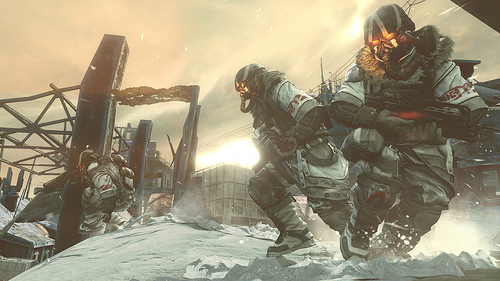 END_OF_DOCUMENT_TOKEN_TO_BE_REPLACED

After months of rumors, Sony has confirmed that “Killzone 3” is on the way and that, yes, it is being designed with 3D in mind.  Series developer Guerilla gave Gamepro the exclusive first look, which will be featured in their upcoming June issue.  Luckily for us, their readers have wasted no time in shouting the news to anybody who’ll listen.  According to one reader account, noteworthy features the abundant use of jet-packs, “diverse terrain” (though the feature seems to focus on an “arctic” setting), and a plot that’s even more epic than its predecessors.