Gears of War 3 Chainsaws your Face on September 20th 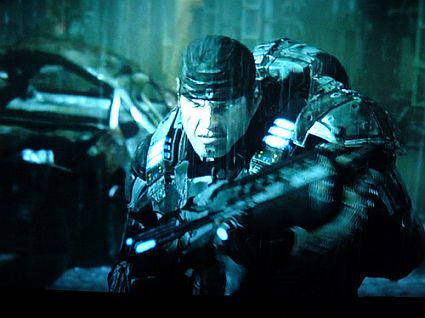 After a long period in limbo, Gears of War 3 finally has a hard release date again.  Epic Games announced today that Fenix and Co. will be back in action on September 20th.  Epic had been saying that the game would be released this Fall since they retracted their original projected release date, April 5th.

If September feels like an unbearably long time to wait, then go pick up Epic’s newly-released shooter Bulletstorm.  It’s supposed to be a great game, (I’ve only played the demo, which I really liked) AND buying the game on Xbox 360 gets you access to the GoW 3 multiplayer beta. 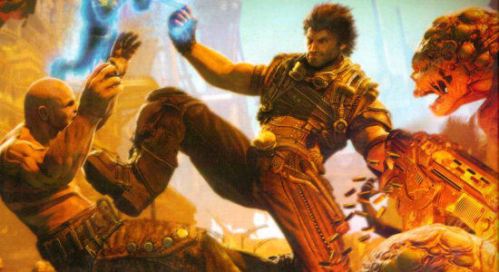 Bulletstorm has been on shelves for less than 24 hours, but the game already has DLC on the way, according to EA.  The announcement is helping to hype the game, which is receiving tremendous reviews.  DLC for AAA titles is often announced on day one, so it’s not a surprise, really.

The Bulletstorm “Gun Sonata” map pack will include three anarchy maps and two echo mode maps.  “From the wretched Sewers of Stygia to the dilapidated ruins of Hotel Elysium and the open spaces of Villa, the Gun Sonata Anarchy maps provide even more settings for players to work together in order to pull off fantastic team skillshots,” said EA.  The Echo maps are called “Crash Site”, “where Final Echo soldiers must deal with the ramifications of their crashed ship,” and Guns of Stygia, “in which a captive commando escapes from an enemy prison.”

Fox News: “Bulletstorm Will Turn Your Child Into a Rapist”

An alarming article on Fox News today warns parents that a mix of sex and violence in the upcoming Epic Games shooter Bulletstorm could make children predisposed to engaging in sexual violence themselves.  Titled “Is Bulletstorm the Worst Video Game in the World”, the article claims that naming over-the-top killing moves after sex acts will connect the two depravities and turn a child’s putty-like mind into a real-life rape-obsessed murder machine:  “The increase in rapes can be attributed in large part to the playing out of [sexual] scenes in video games,” says the article.  On top of the repetitive complaints about the psychological effects of video games, the article criticizes the game’s gratuitous use of gore and profanity.
END_OF_DOCUMENT_TOKEN_TO_BE_REPLACED

After two consecutive weeks of AAA releases, LittleBigPlanet 2 and Dead Space 2, February continues to bringing two long-awaited sequels, a couple of well-hyped new IPs, and slew of high-profile portable console titles.  On top of all that, Xbox 360 CoD Black Ops fans are going to sink another 15 bucks into the habit when the First Strike map pack gets released tomorrow.  Meanwhile, drooling PS3 owners will have to wait until March 1st for new maps.

Which February game are you most looking forward to?
END_OF_DOCUMENT_TOKEN_TO_BE_REPLACED

Remember that time “Gears of War 3” debuted on “Late Night with Jimmy Fallon?” Well, before we knew for sure that it was going to be GoW3 on the show, some speculated that Epic Games might decide to show off their other project, which they had also just announced right before the show.  Just as EA disclosed when the game was first made official, “Bulletstorm” focuses on getting players to kill in inventive and stylish ways.

If that description seems a little vague to you, then the trailer will fill you in.  Sure, there’s a plot and a setting and artwork – but once you see almost twenty different ways to kill your opponents using a combination of telekinesis and cool sci-fi guns, you’ll come to understand that none of that other stuff matters.

People in the video game industry really don’t know how to keep a secret, huh?  EA and Epic Games announced their newest IP today, “Bulletstorm”.  Though the game (at least the name) wasn’t a well-guarded secret, it’s a little funny that the studios would be announcing the game right before Epic Games’ mastermind Cliff Bleszinski is expected to unveil it, along with the accidentally announced “Gears of War 3”, on “Late Night with Jimmy Fallon” tonight.

As for the game itself, “Bulletstorm” will focus on the “kill with skill” system, which gives an incentive for players to find creative ways to unleash their arsenal.  Points, earned by killing in new and interesting ways, can be used to upgrade stats and purchase new weapons.  The story of the game revolves around Grayson Hunt and Ishi Sato, a pair of mercenaries who, upon realizing that they’ve been fighting on the wrong side of a war, are shipped off to another planet and must fight their way back against their former employers.  Lastly, when asked about a release date, all the developers could say was “2011”.

After all that, you must be excited to see the game, so the question you’re probably asking is; “is Bulletstorm still going to be on Jimmy Fallon tonight?”

It really could be anyone’s guess.  Even though both of the games are public knowledge now, next to nothing is known about either one.  The only way to find out is check the show out tonight…  Or on Games For Thought right after.