I’m willing to bet that many, if not most Super Smash Bros fans have wondered what the series would have looked like on Nintendo’s older consoles like SNES, NES and Game Boy.  Super Smash Land FINALLY gives us answers, transposing Nintendo’s number one fighting series to Game Boy-like graphics, etc.

Creator Dan Forace is very passionate about his de-make, though.  The full game has not been released yet, but you get your retro Smash jollies by downloading the demo for windows here.  (Or, if you’re a Mac gamer like me, you can just watch the trailer and drool…)

Surprise!  There’s going to be a new instrument in “Rock Band 3”.  If you check out the demo section on Xbox Live today, you can download the demo for “Green Day: Rock Band”.  If you download the demo for “Green Day: Rock Band”, you can get a tiny taste of Rock Band 3.  When you quit the “RB:GD” demo, a teaser for Rock Band 3 pops up.  “Ebony and Ivory”, playing as the teaser pops up (shown above), highlights what I’m assuming is the game’s biggest new feature – Keyboards.  The “Rock Band 3” logo features a new keyboard logo and a new triple mic vocals logo, representing the harmonies feature from “Beatles Rock Band.”

Keyboards seem a logical addition to the repertoire, even though not every rock song is going to use them.  Given that, will “Rock Band” fans who haven’t had to shell out the big bucks for a new instrument in a long time be willing to pay for an instrument that they won’t be able to use in every song?

Personally speaking, I think keyboards are a little to0 obvious.  I would have preferred something a little more exotic.  Maybe it’s too late for “Rock Band 3”, but  here are a couple of instruments that I’d like to see… END_OF_DOCUMENT_TOKEN_TO_BE_REPLACED 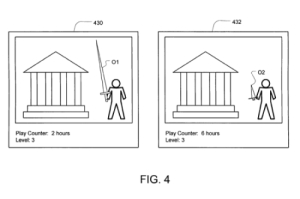 With the access to content provided by the various console networks (PSN,Xbox Live and WiiWare) demos are becoming an integral demos has become an integral part of selling games.  Making demos isn’t easy though; it has to allude to the best experience the game has to offer without actually providing it.  Most demos try to provide very limited and controlled experiences, that way the developer knows that they’re putting their best foot forward.  Unfortunately, sometimes this plan backfires; a demo for a game that has been branded as “repetitive” or “unoriginal” only makes the game seem worse.  Case in point, THQ decided to release a 90-minute long demo of “Darksiders” in order to combat the game’s reputation as a poor man’s God of War; an opinion that was based, in part, on a linear and combat-heavy demo.  The longer demo, which gives players unfettered access to the first level of the game, does a paint a more accurate picture of what one should expect from “Darksiders”.

Sony is looking for a solution to the demo conundrum and, according to SiliconEra, they may have found it.  Sony recently put a patent on a new tech for “Degradable Demos”, which would give gamers access to a the entire game for a limited time, but would eventually self-delete certain parts, turning into something that looks more like what we currently expect of a demo.  For example, a fighting game demo might allow players to use every character at first, but after a few hours, certain characters disappear until eventually you are left with two or three characters.  Other changes described by the patent include weakening the player character, removing items and levels, even permanently changing the contrast/brightness levels in-game.

So what does this mean?  While many gamers might find the prospect of having a game that slowly takes features away from you to be a pain, unfettered access to a game from demos, even for a small time, may be a better indicator of whether you will like a game or not, which should be important to anyone who has limited funds to spend on games…  Which is everybody.  Obviously, all of this is speculation based on a patent:  There are currently no plans for developers to start offering degradable demos in the foreseeable future or a timetable for when the technology would be ready to use.