Bulletstorm has been on shelves for less than 24 hours, but the game already has DLC on the way, according to EA.  The announcement is helping to hype the game, which is receiving tremendous reviews.  DLC for AAA titles is often announced on day one, so it’s not a surprise, really.

The Bulletstorm “Gun Sonata” map pack will include three anarchy maps and two echo mode maps.  “From the wretched Sewers of Stygia to the dilapidated ruins of Hotel Elysium and the open spaces of Villa, the Gun Sonata Anarchy maps provide even more settings for players to work together in order to pull off fantastic team skillshots,” said EA.  The Echo maps are called “Crash Site”, “where Final Echo soldiers must deal with the ramifications of their crashed ship,” and Guns of Stygia, “in which a captive commando escapes from an enemy prison.”

EA has rejected a proposal for a sequel to cult favorite Mirror’s Edge, according to Swedish gaming site Press2play.  Developer DICE had been working on a prototype of the game at the end of last year, according to the report, but in December decided that project would not bear fruit and shut it down.
END_OF_DOCUMENT_TOKEN_TO_BE_REPLACED

Shadows of the Damned Screens

Japanese developer Suda51 (No More Heroes) is embracing his dark side with Shadows of the Damned.  Working with Resident Evil creator Shinji Mikami, the pair clearly aren’t pulling any punches in the scary and grotesque imagery department.  Demons and blood-soaked monsters look like they’ll keep me up at night.  I scare easily though… (which is why I still haven’t played Dead Space 2)

There hasn’t been a whole lot of information released about SotD, but the more I see of the game, the more I want to know.

Earlier this week, Games4thought reported on the first details Bayonetta developer Platinum games newest project was leaked by Famitsu via Japanese gaming industry blog Andriasang.  In my earlier report, I wrote that Max Anarchy is going to be a multiplayer-intensive brawler/fighter that will be released in Japan some time during 2011.

Now that the cat’s out of the bag and the project is out in the open, Sega decided to make a separate US announcement, revealing the game’s new title, along with a couple of screenshots and a teaser trailer. (Check ’em out after the jump) Game director Masaki Yamanaka also confirmed that Anarchy Rising will see a worldwide release this fall.
END_OF_DOCUMENT_TOKEN_TO_BE_REPLACED

Three things we know about the new Medal of Honor:

1.  Players will infiltrate caves in Afghanistan

2.  You may spend a lot of time sniping

EA currently plans to release “Medal of Honor” this fall.

END_OF_DOCUMENT_TOKEN_TO_BE_REPLACED

“Resistance” developer Insomniac announced today that they’ve signed an exclusive publishing agreement with EA.  The deal revolves around a brand new IP Insomniac is designing, which EA will produce for both PS3 and Xbox 360.  Insomniac has been in the business of pumping out Playstation exclusives since the days of the original Playstation.  After 16 years, Insomniac hopes bring this new game to Xbox 360, so they’re linking up with EA to make that happen.

Insomniac has not disclosed any information about the mystery IP, simply saying that they’ll disclose more info “when <they’re> ready.”  According to rumors, Insomniac is currently hard at work on “Resistance 3.”  Does the EA deal throw that news into doubt?  Realistically, no.  If anything, the timing of the announcement implies that we’ll be seeing “Resistance 3” sooner rather than later.

Bottom line; if there isn’t a big announcement from Insomniac at E3, I’m going to be VERY upset.

Rumor: Visceral Games is Gearing Up for Dante’s Inferno 2

A posting on the Gamasutra job board has implied that Dead Space 2 developer Visceral Games has already begun planning for their next project, a sequel to the 2009 literary adaptation of the Divine Comedy, “Dante’s Inferno.”  For those unfamiliar with literature, Dante’s divine comedy is split into three volumes; Inferno, Purgatorio (Purgatory) and Paradiso. (Paradise)  Three books.  Three games.  It makes perfect sense, right?

The job posting is for an environmental artist, whom they need for the follow-up to “bold new franchise…  heavily back by EA.”  In addition to being their newest franchise, “Inferno” is Visceral’s only other active franchise besides “Dead Space.”  Given that “Dead Space 2” is already in the works…  There just aren’t a whole lot of things it could be.  The news that EA is pushing for “Inferno 2” is not even remotely surprising.  The game is primed for a sequel, and based on the level of support EA put behind the original…  Well, it was only a matter of time.

Got a survival horror itch you can’t scratch?  Maybe looking at some new Dead Space 2 screens will help.  Just imagine a necromorph sneaking up behind you and scratching your back with one of its claw-tentacles…  That’ll make your skin crawl. 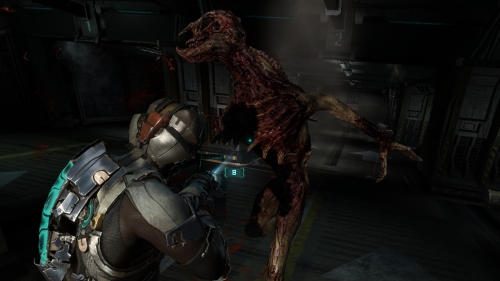 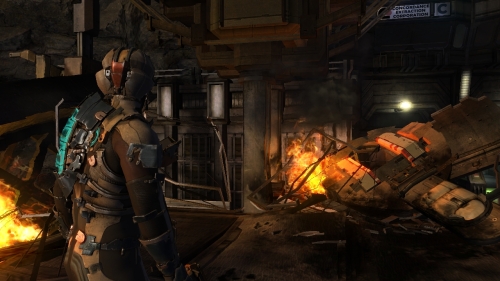 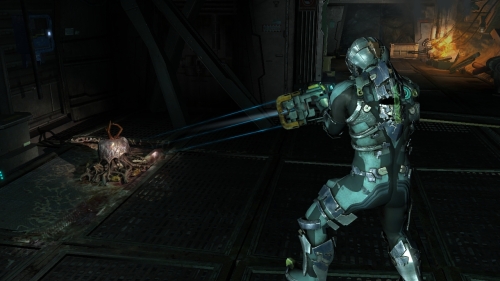 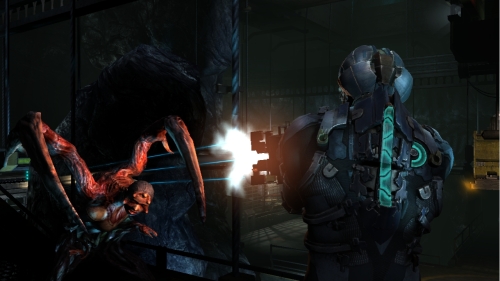 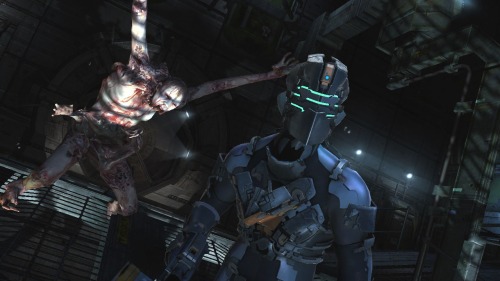 Unfortunately, there is still no concrete release date for Dead Space 2, but it will likely be sneaking up on us in early 2011.

Remember that time “Gears of War 3” debuted on “Late Night with Jimmy Fallon?” Well, before we knew for sure that it was going to be GoW3 on the show, some speculated that Epic Games might decide to show off their other project, which they had also just announced right before the show.  Just as EA disclosed when the game was first made official, “Bulletstorm” focuses on getting players to kill in inventive and stylish ways.

If that description seems a little vague to you, then the trailer will fill you in.  Sure, there’s a plot and a setting and artwork – but once you see almost twenty different ways to kill your opponents using a combination of telekinesis and cool sci-fi guns, you’ll come to understand that none of that other stuff matters. 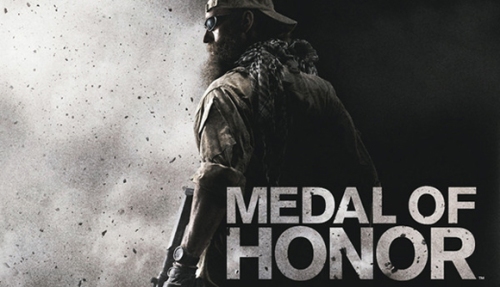 EA announced today that their modern revamp of WWII shooter “Medal of Honor” will hit shelves on October 12th.  Developer EA LA has described this game as more “authentic” modern war scenario.  There’s a special new trailer for anyone with an EA account at Medalofhonor.com…  And you guys.